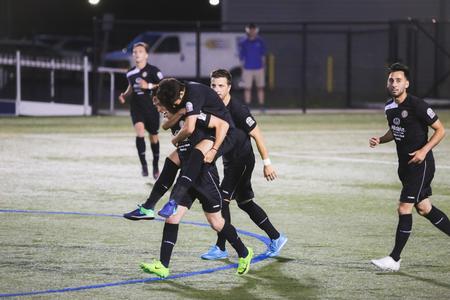 Syracuse FC followers and fans, we are excited to continue our first annual series of SFC Offseason Recaps! Throughout the fall of 2017, we will be following and updating you on the play and achievements of our inaugural team’s players

This offseason recap covers all matches that were played from Monday, September 25, through Sunday, October 1. ​

-  Adam Resetarits (starter) had a shot on goal
-  Marcello Palucci (starter) scored a goal in the 14th minute and finished with three shots, two were on goal

-  Sam Daniel (substitute) had one shot

9/30/17 vs Cornell
-  Jake Kohlbrenner (starter) had an assist on the match's opening goal and recorded two shots, one of which was on goal

9/26/17 at Clarkson
-  Mike Smith started in goal and recorded a clean sheet. Smith made seven saves in 90 minutes